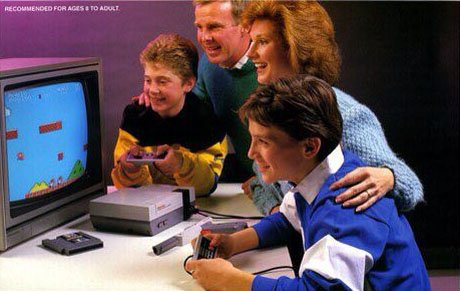 Journey to the Gaming Van (A Personal Adventure)

It was a cold winter night (which an always a good way to start lol)…… I remember as a kid I was always a shy boy. We moved around a lot as a family and was always a little difficult to make consistent friends. We had just moved back from the UK to Ireland, I always had an eye for gadgets, electronics, and toys (of course being 5 years old). I remember my mum always telling me how at that age we got our first VHS player, for those of a younger generation, this was similar to a CD player but played big rectangular tapes with very bad resolution. She said that they tried to program it when it arrived but couldn’t but I could, at age 5, it just came naturally to me for some reason. 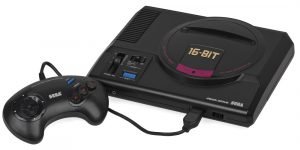 That Christmas I remember seeing an advert on TV for a games console and of course wanted it straight away. It was the Sega Mega Drive and the advert was for Sonic. Seeing it lit up my eyes, this technology-driven game with a fast blue hedgehog that I could control on the TV blew my mind. Sure enough (thanks mum) I got one for Christmas and that was the end of it all. I soaked up everything I could, the latest game store was down in the local town and I rented every game I could and tried to finish them all within the 2-day rental limit we could afford. The best about those times was that my mum was big into it as well and my younger brother was mesmerized by it (at age 3). We used to sit up till all hours playing columns 3 (Tetris Clone), my mum is just a little bit competitive (and still is). We used to get hot chocolate and sit by the open fire and play to our heart’s content.

From there my love of gaming grew and most recently developed into the Gaming Van. I stayed a Sega man for the next few generations until once again a new advert caught my eye. A train running around a pillar in glorious graphics, the theme song playing directly to my soul. It was to become my favourite game of all time. Final Fantasy VII on the PlayStation 1 was the single greatest gaming experience of my life. Not only for the game itself but for the connection it brought, it brought me and my brother closer together at a time that was very disruptive at home. He wasn’t a big player himself but he would watch and watch as I put over 100 hours into this game. He would know every part of it like he was playing it himself. Still one of my fondest memories of that time.

From there gaming was ingrained in me although as I grew older it became harder and harder to relieve some of those fondest memories. It wasn’t until about 4 years ago when I met my soon-to-be wife that gaming started to re-appear. She bought me a mega drive mini (non-official) and we sat up, drank wine, and played streets of rage 2 and others till dawn. All those memories and feelings of when I was young came hurdling back and it set the stage for what the next 4 years would take me. From trying to build a new frontier of gaming-related services and events to failing and falling hard, only to be brought back up again by those closest to me to try again. Now on our 3rd CD (FFVII ref), we have ventured into the Mobile Gaming Event Space, where our knowledge and experience, and love for gaming are truly shining through. Being able to be a part of those memories that we now provide to people of all ages is a brilliant way to give back after gaming has given so much to us.

So if you’re ever thinking is gaming good or what do people get from gaming, then take on board the above. Gaming has brought me closer to the ones I love, helped me through tough times, and has ultimately led me to where I am now. It is one of the most rewarding adventures you can ever go and with someone makes it even more exciting. The Gaming Van is the next evolution of where this journey has brought us